Holy cow am I a lazy lady or what!? Since moving to South Africa I haven’t been cooking much, well no, I’ve been cooking some just haven’t been posting much! And it has nothing to do with not being able to, but for the last week my laptop has been sat on the dining table dead as a doorknob. And I’ve been far too lazy to charge it and write up something new!

Well that changed today! I’ve taken the laptop outside and plugged it in to the extension plug in cord.

So food? I cooked two days in a row this week. Had ourselves a meatless Monday (which I will write about the following Monday) and this pretty awesome chicken and pasta dish yesterday.

I can honestly tell you that I HATE touching raw chicken. Especially raw chicken that has just been defrosted. Ew! If I started this blog two years ago I wouldn’t have even been making chicken dishes as I was so grossed out by raw chicken. But things changed. Living on your own without your mama does force you into the world of food a lot better!

So this was the meal of Chicken Piccata Pasta found here.

I followed the recipe almost perfectly. Word of advice, cut everything else before you do your chicken. Disgusting mess. It looked like a six year old made dinner. Except a six year old wouldn’t have been using a Chef’s Knife to chop chicken and slice red onion. I did!

Here’s the recipe that I followed:

Overall, this recipe is pretty damn easy. But I really did make a mess of the kitchen! Also – breading your own chicken? It looks like I have dough fingers. Yikes!

If you have a family though this could be great for you. A nice simple dinner which feeds many!

Though if chicken freaks you out like it does me, cook the chicken a little longer to ensure that they are well done. Still raw chicken is not attractive by any means. Plus it can make you sick. Salmonella is not fun.

Actually, when I was a first year student at my college in NL, we had to make meals for our classmates in the kitchen – my class did well everyone enjoyed their food. The other class? Not so much. Majority of the people who were being served food ended up getting salmonella and threw up some due to eating raw chicken. Not the best way to start off.

Alas, some of those who didn’t cook the chicken too well are now doing much better in the kitchen. It is several years later so you would hope they learnt more in the kitchen after.

Anyway, enough about food want to see my furry four-legged friend in a party hat? Over the weekend we went to our first dog birthday party. Yes, a dog birthday party. Personally I thought those were just on TV, guess I was wrong! Although Austin didn’t like his hat, he quite enjoyed himself until the last hours of the party where people started popping balloons. Having a skittish dog doesn’t make for much fun, but I still got lovely photos to share:

If you make this lovely meal I hope you enjoy it as my family and I did.

Recently in my Belly

Learning the Kitchen as I follow my Culinary Quest in life 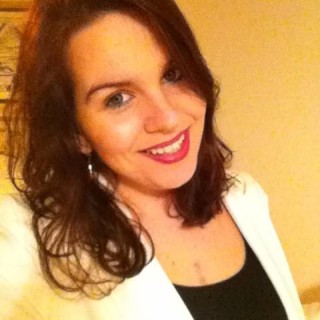 I am a twenty-three year old food obsessed female who has recently taken up a healthier life of eating. I am from the Netherlands originally, but I have the mentality of a Canadian and the heart of a Latina. I was raised in various countries around the world and have an ultimate lust for ethnic culture and cuisine. My world revolves around my family, my friends, and travel. If I am not searching for the next meal to make, I tend to look up prices for flights elsewhere in the world. If you're interested in knowing more just go to the page "Learning About the Cook" on bouncearoundinthekitchen.wordpress.com!

Recently in my Belly